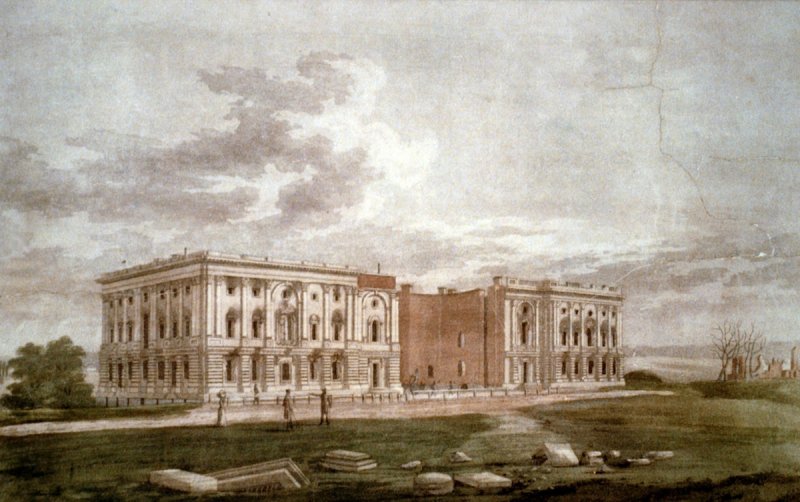 When Americans remember the War of 1812 — if we remember it at all — we typically recall the stinging losses it entailed: dominion over Canada, for one, along with many of the brand-new buildings in our nation’s young capital. While we won the war, these humiliating deprivations made it “the bucktoothed stepsister of American military victories,” as TIME put it last year.

On this day, Aug. 24, in 1814, following their victory at the Battle of Bladensburg, British forces marched on Washington and set fire to the White House — as well as the Capitol, the Library of Congress, and the U.S. Treasury, among other buildings. It was a low point in the war, and our entire military history, as National Geographic notes, when Americans saw “their capital burned, their Army literally running away, and President Madison and his wife, Dolley, forced to abandon the White House… with the president’s dinner still on the table.” British officers helped themselves to the food and wine before torching the place, according to TIME.

It’s no surprise, then, that the War of 1812 doesn’t get the same attention in American history books as the Revolutionary War. But some historians say it doesn’t deserve its bad rap: It went a long way toward establishing America’s national identity and its reputation as an international superpower.

Three weeks after being routed in Washington, after all, the American military bounced back at Baltimore, handing the British a dramatic defeat that inspired Francis Scott Key to write The Star-Spangled Banner.

And while scorch marks are still visible on some White House walls, the past two centuries have put a lot of water under the bridge between the U.S. and the U.K. When British Prime Minister David Cameron visited the White House in 2012, Obama joked that his predecessors had “really lit the place up,” per National Geographic.

Others think it’s still too soon to make light of the famous fire, however. The British embassy in Washington learned this lesson the hard way when it commemorated the 200th anniversary of the fire on Twitter last year. Embassy officials tweeted a photo of a cake topped with a model of the White House — adorned with glowing sparklers.

According to The Guardian, outraged Americans took issue with the British display of levity. One tweeted back “WWHHAATT??? Is this suppose [sic] to be funny?” It was, according to the British embassy, which apologized for ruffling any feathers.

“We meant to mark an event in history & celebrate our strong friendship today,” embassy officials replied.