Police Pipe and Drums of Plattsburgh 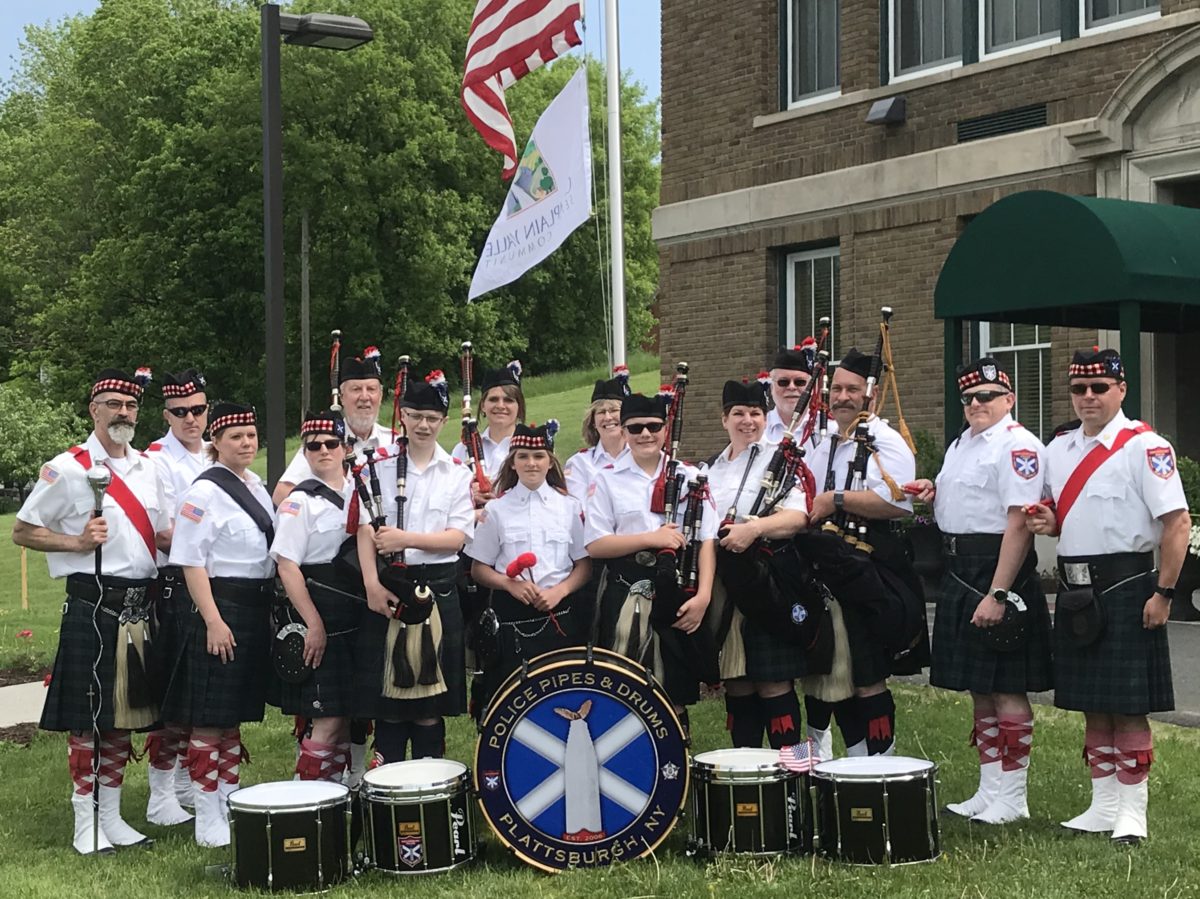 Police Pipes and Drums of Plattsburgh

Listen to their version of Scotland The Brave

Police Pipes and Drums of Plattsburgh was founded in 2005 by four men from local law enforcement agencies. Membership is composed of active and retired law enforcement officers and civilians of good character from varied professions.  The band also provides instruction for individuals interested in bagpipes or tenor, snare, and bass drums.

Police Pipes and Drums of Plattsburgh, Inc., is sponsored by the Fraternal Order of Police Northern Adirondack Lodge 999. The band mission is to honor fallen Law Enforcement officers and firefighters, killed in the line of duty, and to support the law enforcement, firefighter, and military communities through the time-honored art of piping and drumming.

Under the musical leadership of Pipe Major Dan Werner and Drum Sergeant Shane Trudo, and marching direction of Drum Major Michael Cahill, PPDP performs at many community events such as dedications, memorials, parades, honor flights, retirements and funerals throughout the North Country. The band is also available for weddings, graduations, grand openings, and other civic events.